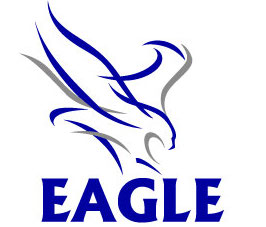 If several of the following warning signs apply to you then it would be a very good idea to immediately contact us and schedule an inspection as you may be the target of covert eavesdropping activities.

When contacting Eagle Investigative Services please remember not to call from any suspect area or to use any suspect telephone.

Others know your confidential business or professional trade secrets.

This is the most common indicator of covert eavesdropping activities. Theft of confidential information is a multi-billion dollar underground industry in the United States. Often the loss of your secrets will show up in very subtle ways. Always trust your instincts in this matter.

Secret meetings and bids seem to be less than secret.

Confidential meetings and bids are very popular targets for corporate spies. How would you like the plans for the corporate takeovers your planning to become public knowledge? Would copies of your product designs be of any use to your competitors?

People seem to know your activities when they shouldn’t.

You have noticed strange sounds or volume changes on your phone lines.

Commonly caused by an amateur eavesdropper when they attach the actual wiretap, or similar listening device. Surveillance devices often cause slight anomalies on the telephone line such a volume shift or drop-out. Professional eavesdroppers and their equipment usually do not make such noises.

You have noticed static, popping, or scratching on your phone lines.

This is caused by the capacitive discharge which occurs when two conductors are connected together (such as a bug or wiretap on a phone line). This is also a sign that an amateur eavesdropper or poorly trained spy is playing with your phone lines.

You can hear sounds coming from your phones handset when it’s hung up.

Typically caused by a hook switch bypass, which turns the telephone receiver into a eavesdropping microphone (and also a speaker). There is probably somebody listening to everything you say or do within twenty feet of the telephone (if this is happening).

Your phone often rings and nobody is there, or a very faint tone, or high pitched squeal/beep is heard for a fraction of a second.

This is an indicator of a slave device, or line extender being used on your phone line. This is also a key indicator of a harmonica bug, or infinity transmitter being used. Of course it may also be nothing more then a fax machine or modem calling the wrong number (but you should schedule Eagle Investigative Services to evaluate the situation just to make sure).

You can hear a tone on your line when your phone is on the hook (by using an external amplifier).

If you hear a faint solid dual tone it is a dead giveaway of someone using a “slave” eavesdropping device on your (or one of your neighbors) telephone lines. Such devices create a “command tone” when the subject hangs up the phone (so you must ensure that all of your phones are hung-up).

Many amateur and SpyShop eavesdropping devices use frequencies within or just outside the FM radio band, these signals tend to drift and will “quiet” an FM radio in the vicinity of the bug. Look for the transmissions at far ends of the FM radio band, and at any quiet area within the FM band. If the radio begins to squeal then slowly move it around the room until the sound becomes very high pitched. This is referred to as feedback detection or loop detection and will often locate the bug. The “Stereo” function should be turned off so the radio is operating in “Mono” as this will provide a serious increase in sensitivity. If you find a “squealer” in this manner then immediately contact Eagle Investigative Services and schedule a consultation.

Keep in mind that the antenna your car radio uses may be (and often is) exploited by an eavesdropper, and that such usage may interfere with radio reception (so be concerned if your automobile radio suddenly starts getting weird).

Television broadcast frequencies are often used to cloak an eavesdropping signal, but such devices also tend to interfere with television reception (usually a UHF channel). Televisions also “suck in” a lot of RF energy and because of this are very sensitive to any nearby transmitters (this is technically called “Bandwidth, and TV signals use a lot of it). A small handheld television with a collapsible antenna may be used to sweep a room. Carefully watch for interference around channel numbers 2, 7, 13, 14, 50-60, and 66-68 as these frequencies are very popular with eavesdroppers.

You have been the victim of a burglary, but nothing was taken.

Professional eavesdroppers often break into a target’s home or office, and very rarely leave direct evidence of the break-in; however, occupants of the premises will often “pickup on something not being right” such as the furniture being moved slightly.

Electrical wall plates appear to have been moved slightly or “jarred”.

One of the most popular locations to hide eavesdropping devices is inside or behind electrical outlets, switches, and lighting fixtures. This requires that the wall plates be removed. Look for small amounts of debris located on the floor directly below the electrical outlet. Also, watch for slight variations in the color or appearance of the power outlets and/or light switches as these are often swapped out by an eavesdropper. Also note if any of the screws which hold the wall plate against the wall have been moved from their previous position.

A dime-sized discoloration has suddenly appeared on the wall or ceiling.

Tell tale sign that a pinhole microphone or small video camera has been recently installed.

One of your vendors just gave you any type of electronic device such as a desk radio, alarm clock, lamp, small TV, boom box, CD player, and so on.

Many of these “gifts” are actually Trojan horses which contain eavesdropping devices. Be very suspicious of any kind of pen, marker, briefcase, calculator, “post-it” dispenser, power adapter, pager, cell phone, cordless phone, clock, radio, lamp, and so on that is given as a gift. That little gift the salesman left for you may be a serious hazard.

A small bump or deformation has appeared on the vinyl baseboard

Strong indicator that someone may have concealed covert wiring or a microphone imbedded into the adhesive which holds the molding to the wall.

The Smoke Detector, Clock, Lamp, or Exit Sign in your office or home looks slightly crooked, has a small hole in the surface, or has a quasi reflective surface”.

These items are very popular concealment for covert eavesdropping devices. Often when these devices are installed at a target location they are rarely installed straight. Also watch out for things like this that “just appear”, or when there is a slight change in their appearance.

Certain types of items have “just appeared” in your office or home, but nobody seems to know how they got there.

Typical items to watch for and beware of are: Clocks, Exit Signs, Sprinkler Heads, Radios, and Lamps.

White dry-wall dust or debris is noticed on the floor next to the wall.

A sign that a pinhole microphone or video camera may have been installed nearby. It will appear as if someone has dropped a small amount of powdered sugar either on the floor, or on the wall.

Small pieces of ceiling tile or “grit” is noticed on the floor, or on the surface area of your desk.

Prime indicator that a ceiling tile has been moved around, and that someone may have installed a hidden video camera or other eavesdropping device in your office or near your desk. Also watch for cracks in the ceiling tiles and amateur spies always tend to crack or damage acoustical tiles. Note: all of the ceiling tiles in any executive areas should never contain any cracks, nicks, gouges, or stains. Any ceiling tile that becomes damaged (for whatever reason) should immediately replaced and the cause to the damage documented. In such cases it is also wise to have a TSCM specialist inspect the area around the chipped, broken, or damaged tile to determine if a hostile eavesdropping device may have been introduced.

You notice that “Phone Company” trucks and utilities workers are spending a lot of time near your home or office doing repair work.

If you see the same or similar vehicle more then three times then you have a serious problem (at least according to the U.S. State Department training course on counter surveillance)

Telephone, cable, plumbing, or air conditioning repair people show up to do work when no one called them.

A very common ruse which eavesdroppers use to get into a facility is to fake a utility outage, and then show up to fix the problem. While they are fixing “the problem” they are also installing eavesdropping devices. Some of the more popular outages involve power, air conditioning, telephone, and even the occasional false fire alarm.

Service or delivery trucks are often parked nearby with nobody in them.

Your door locks suddenly don’t “feel right”, they suddenly start to get “sticky”, or they completely fail.

Prime evidence that the lock has been picked, manipulated, or bypassed. Always use Biaxial locks with sidebars (such as ASSA or Medeco). Also, only use double sided deadbolts in all doors. Use good quality window bars on all windows, and a good quality door bar on all doors not used as a primary entry door.

Furniture has been moved slightly, and no one knows why.

A very popular location for the installation of eavesdropping devices is either behind or inside furniture (couch, chair, lamp, etc.). People who live or work in a targeted area tend to notice when furnishings have been moved even a fraction of an inch. Pay close attention to the imprint which furniture makes on rugs, and the position of lamps and shades. Also watch the distance between furniture and the wall as eavesdroppers are usually in a hurry and rarely put the furniture back in the right place.

Things “seem” to have been rummaged through, but nothing is missing (at least that you’ve noticed).

A “less than professional spy” will often rummage through a target’s home for hours, but very rarely will they do it in a neat and orderly fashion. The most common “rummaging” targets are the backs of desk drawers, the bottom of file cabinets, closets, and dresser drawers.

Find out what to do if you think you are being bugged, watched, or monitored. Since all cases are unique, the design and procedure of the investigation can be discussed without obligation or charge. All consultations are free and considered with strict confidentiality.

For more information about how our service can be helpful in determining if your privacy has been invaded, contact us and provide us with as much information as you can about your situation. 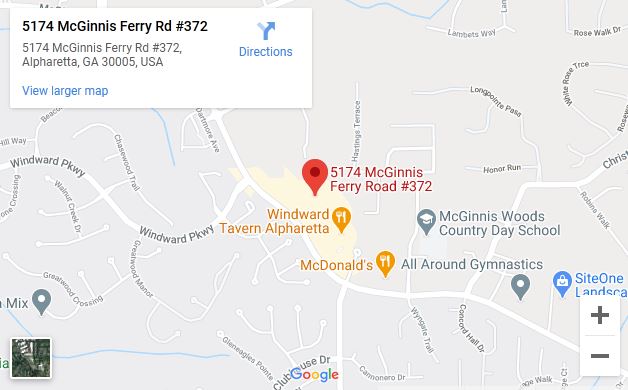